The United Nations Economic Commission for Africa (UNECA) this week launched its Economic Report on Africa 2013, Making the Most of Africa’s Commodities: Industrializing for Growth, Jobs and Economic Transformation.

The report is well worth reading because it contains a wealth of data and analysis detailing the context of the struggle for human development in Africa, including a macroeconomic diagnosis, an examination of  the development funding contributions of foreign direct investment (FDI), aid and exports, and much else. It also goes into detail on important policies such as encouraging linkages, supported by valuable concrete examples from several African countries.

At the same time, there is a noticeable penchant for government intervention and a tendency to underestimate the potential contribution of FDI, given a better policy environment.

The fundamental problem addressed by this year's UNECA report is that although Africa possesses 12% of the world’s oil reserves, 40% of its gold, 80%-90% of chromium and platinum group metals, 60% of arable land and vast timber resources, value addition is still limited, culminating in the paltry receipts for the export of its primary commodities. For example, some 90% of total income from Africa's coffee, calculated as the average retail price of a pound of roasted and ground coffee, in the global value chain goes to consuming countries outside Africa.

While some African countries have made modest progress in forward and backward linkages to their commodity sectors, others still have some ground to cover, according to the report. It also notes that appropriate long-sighted industrial and local content policies and continental initiatives could help improve the situation.

To boost current levels of linkages, the report calls for urgent moves to reduce the infrastructural and human capital constraints and bottlenecks on the continent. The report also recommends improved policy implementation through coordination among relevant ministries in order to reduce incidents of co-ordination failure that have for long plagued the continent.

The strategy proposed by UNECA is an attempt to combine realism with ambition. Ambition is necessary to conceive a plan to kick-start growth after so many false starts (fueled by both aid and FDI) in Africa. Realism is needed to avoid chasing the mirage of instant modernization.

A more conservative strategy might be to rely totally on natural resources exploitation to provide the growth needed to fund socio-economic development. The report rightly avoids this trap. It points out that what it calls "the financialization of commodity trading" has left African countries "more vulnerable to fluctuations in commodity markets, whereas artificially high prices for some commodities have reduced incentives for value addition".

Another important point it makes is that the production of many commodities is capital-intensive, "holding back employment and the distribution of their rents". This is rather mealy-mouthed. In fact, the rents are distributed, but not to the people who need them. They go instead to multinational corporations and often also to corrupt government officials.

There are some things in the report that need to be spelled out in greater detail to avoid misinterpretation. UNECA encourages the use of "industrial policy", i.e. a strategy of fostering specific sectors of the economy. In many countries, such policies have failed because governments are generally bad at "picking winners". Anticipating criticism from advocates of free markets, UNECA requests "policy space", which is code for exemption from the prohibition of industrial policies to be expected from major donor and investing countries. Mindful of the dangers of industrial policy, UNECA explicitly proposes that this be conducted in close co-operation with stakeholders and with research and innovation institutions.

As part of this interventionist approach, UNECA further supports local content policies, i.e. restrictions on inputs from abroad, designed to maximize linkages in the commodities sector. While the aim is laudable, the effect of this policy may not always be what was intended, as is the case with many market-distorting measures. The dangers are implicitly recognized in the report, which recommends that policies should focus on adding value locally rather than satisfying special interest groups. It would be best to put a time limit on local content requirements and use the interim period to encourage investment in local suppliers.

A major motive for UNECA's promotion of an interventionist industrial policy is to counter the de-industrialization that has taken place in Africa in recent decades, initially because of the focus on natural resources exploitation and now increasingly as a result of cheap imports from China and India, which are, for example, alleged to be undermining Africa's nascent textile industry. In this context, industrial policy is preferable to crude protection, i.e. banning or taxing imports, to support local industry. A combination of both policies might, however, be effective (and even, to some extent, allowable under WTO rules) if applied only in the poorer African countries for a strictly limited period.

Growing Capacity strongly supports UNECA's stress on the need to focus on investment in infrastructure, particularly local infrastructure to make it easier for workers to get to jobs and farmers to widen their markets, rather than "enclave" infrastructure aimed only at satisfying the needs of commodity producers.

It is also extremely important to invest in people. Education needs to be made available to all boys and girls, especially at primary and secondary level, providing a firm foundation for diversification into manufacturing and services industries. Universal schooling is also the key to stopping child labor, reducing population growth and making better jobs for women. In the bureaucratic language of the report, "Minimizing gender disparities will enhance the productive base of the labor force".

Africa's current state of underdevelopment forces policy makers to concentrate on picking "low-hanging fruit" in the form of upstream and downstream diversification out of existing natural resource industries rather than encouraging unrealistic expectations. This is the approach taken by the UNECA report, and it makes good sense. But would it be too much to include a more forward-looking section in this report on the need to include new technologies and environmental protection as central features of any national development plan? Wouldn't such things as "smart cities" be even more important for African urbanization than for a developed metropolis in Europe? Just a thought.

You might expect Growing Capacity to disagree with the general anti-FDI tenor of this report. Actually, the points made by UNECA about the inadequate impact of FDI so far are quite valid: large amounts of FDI have gone into Africa, but mainly into resources sectors that have not supported human development. In its general admonition not to rely on outside finance, the report puts correct stress on the need to frame economic development policies at national government level and improve policy formulation and implementation. Blaming the colonial powers for having left Africa in a mess is not a recipe for success, especially as the policies followed since independence have not been much better, since they have largely continued the earlier emphasis on natural resources exports, as the report points out.

So instead of posing FDI as an alternative to national development policies, Growing Capacity proposes that policies to promote inward direct investment be placed within the context of such policies, so that external financing can play an important role in achieving development goals.

As we continue to emphasise, there are abundant idle funds amounting to several trillion dollars which could be invested in least developed and developing countries, contributing to poverty alleviation, education and healthcare provision, environmental improvement and other development goals, while also providing a good return on investment. For this to happen, investment environments in host countries need to be improved and multinationals need to take a longer and more responsible view. Governments also need to work together to produce an internationally-accepted single set of investment rules monitored and enforced by a global body analagous to the WTO.

The complete report can be downloaded here: 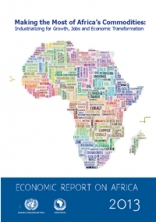